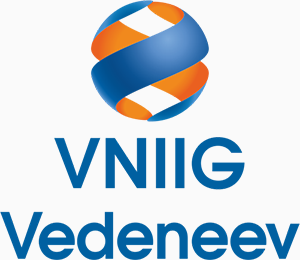 In 2021, the Vedeneev All Russia Institute of Hydraulic Engineering celebrates its 100th anniversary.   Over an age long history, the Institute has participated in the creation of many unique hydraulic engineering facilities not only in Russia, but also in the near and far-abroad countries. Nowadays, the Institute is part of the RusHydro Group and still holds a leading position in the field of scientific monitoring of design, construction and operation of hydraulic and power facilities.

The Institute was founded on 5 September 1921 to solve land reclamation and water management problems. The leading hydraulic scientists and hydraulic engineers of the day were employed to work there. Schools of science recognized all over the world were formed based on their scientific achievements. Theoretical and experimental studies of the Institute were in demand during the construction of the first hydroelectric plants in the Soviet Union: Volkhov, Dnieper, Svir, Niva, etc.

In 1931, having been merged with other organisations specializing in hydraulic engineering, the Institute was named “Research Institute of Hydraulic Engineering”, and became the leading organisation of the country in hydraulic power engineering and construction. In 1940, the Institute received the status of the All-Union (now it is All-Russia). In 1946, it was named after an outstanding scientist, one of the founders of domestic power engineering – academician B.E. Vedeneev. The most significant achievements of the Institute comprise participation in creation and development of the theoretical basis of the modern science of hydraulic engineering. The research results of its specialists formed the basis for the design, construction and operation of more than 200 hydroelectric plants, the largest of which are Sayano-Shushenskaya, Krasnoyarsk, Bratsk, Boguchany, Bureya, Zeya, Kolyma, Chirkey dams and plants, etc., and more than 150 thermal and nuclear power plants. VNIIG employees provide scientific and technical support in the construction of many hydropower and industrial facilities abroad: in Afghanistan, Morocco, India, Egypt, Bulgaria, Romania, Ukraine, Uzbekistan, Tajikistan and other countries. Considerable research was carried out by VNIIG with the participation of Institute Hydroproject to justify the project of the Aswan Dam on the Nile River in Egypt.

Since the 1960s, the Institute has been the head organisation for the development of regulatory and methodological documentation. Performing the main functions in the industry, the Institute held coordination meetings and conferences on a regular basis. VNIIG was also engaged in the activities of international organisations, was a regular participant of congresses held by the International Commission on Large Dams and the International Association of Hydraulic Engineering and Research (IAHR).  Thus, in 1965, the XI Congress of the IAHR was held on the basis of the Institute involving representatives of more than 40 countries. Continuing these traditions, VNIIG has taken an active part in organisation and holding of the largest industry-wide all-Russian and international events. In 2002 and 2004, international symposia of the IAHR were held on its basis, and in 2007, the 75th Annual Meeting of the International Commission on Large Dams took place there. Since 2005, scientific and technical conference “Hydropower Engineering. Hydraulic Engineering. New Developments and Technologies”, the largest industry event in Russia for specialists in the field of hydropower and hydraulic engineering, has been held on the basis of VNIIG in St. Petersburg.

In the late 1980s, VNIIG launched activities on justifying projects for structures on the continental shelf, including oil and gas production platforms and terminals. The experience accumulated by the Institute in this area is unique. Sakhalin-1, Sakhalin-2, Sakhalin-5 projects, Arkutun-Dagi, Orlan, Prirazlomnaya platforms, fields in the Gulf of Ob and Taz Estuary and others are among the facilities of the Institute.

Today, the services of Vedeneev VNIIG are in demand in different countries and various industries, including hydropower, thermal and nuclear power engineering, oil and gas complex, industrial and civil construction, water sector. The Institute focuses on the most relevant and promising areas in hydraulic engineering construction and operation of hydraulic structures, including: research to ensure the safety of hydraulic structures, engineering geology, hydraulics, foundations, soil and underground structures, statics and seismic resistance of concrete and reinforced concrete structures, service water supply and coolers for thermal and nuclear power plants, design-basis justifications for technical solutions, technology of construction and repair of concrete structures, design, etc. A variety of prospects makes it possible for the Institute to comprehensively approach the solution of applied engineering problems. The specialists can take advantage of a combination of many years’ experience with an unconventional approach to the development and justification of technical solutions. The Institute has large-scale laboratory and experimental facilities which are currently being modernized and equipped in accordance with up-to-date international requirements.

The Institute pays great attention to training of top-qualification personnel. The Institute has postgraduate programmes, Academic Council, Dissertation Council, and doctoral programmes in place. It actively cooperates with field-oriented universities for the training of industry specialists.

According to the results of the certification audit of the quality management system, conducted by Bureau Veritas International, the Institute has had an international certificate of conformity to ISO 9001:2015 and has been operating according to this system for a number of years.

On 5 September 2021, Vedeneev VNIIG celebrates its 100th anniversary. The Institute greets this memorable day in full bloom of creative energy, continues its development and looks to the future with confidence.