We're thrilled to announce that we received over 90 applications for the IAHR John F. Kennedy Student Paper Competition! 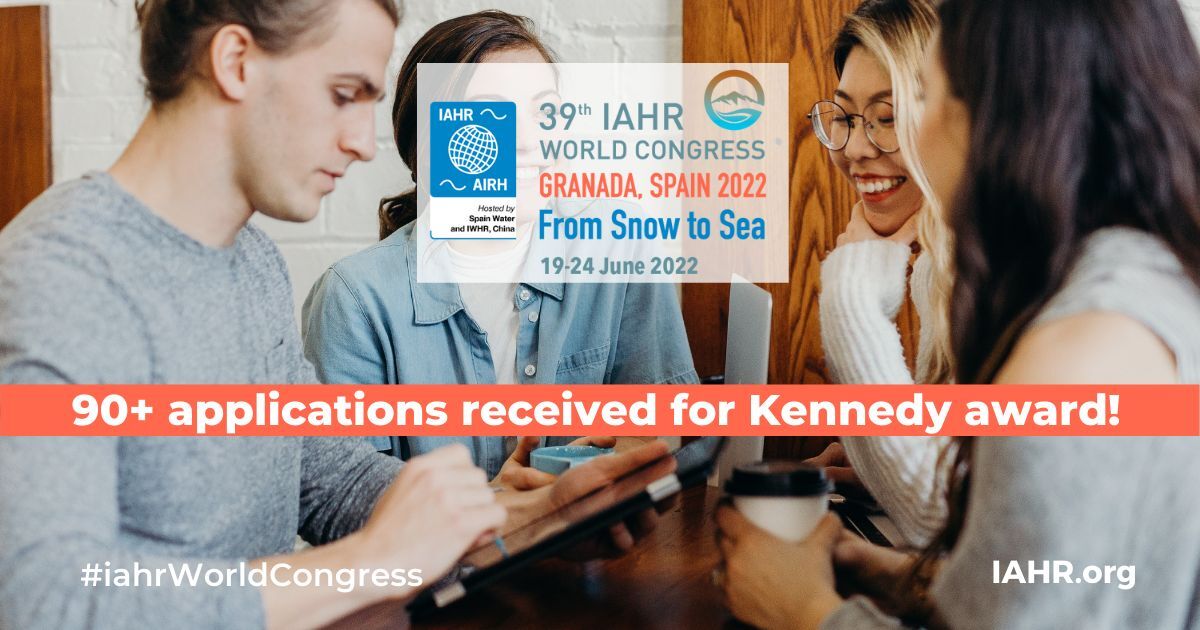 This high level of interest is indicative of the number of talented young #water students making waves in #hydraulics and #WaterResources research across the world who are excited to share their progress. We thank all participants for applying.

The Committee on Education and Professional Development is now assessing the applications and a shortlist of 12 applicants will be released soon. On Tues 21 June from 15:00-16:30, a special session during #iahrWorldCongress in #Granada, #Spain will feature the shortlisted applicants who will present their work in person.

The winner will receive a cash prize of US$1500, a commemorative plaque and due recognition during the closing ceremony of the #IAHR World #Congress!

The John F. Kennedy Student Paper Competition was established by the IAHR Council to honour the memory of Professor John F. Kennedy, former IAHR President and Honorary Member. Professor Kennedy made significant and lasting contributions to the Association, and is remembered particularly for his efforts to foster membership and participation of younger people.