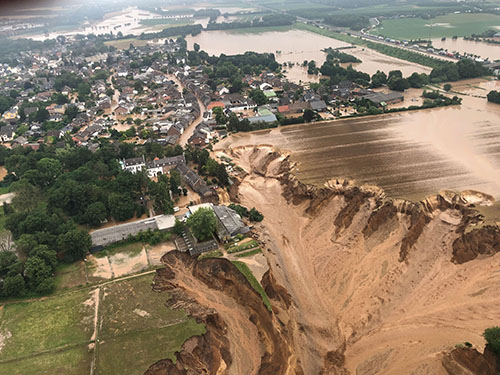 In recent weeks, extreme floods such as the July 2021 catastrophic flooding in Germany, Belgium, and China, and the monsoonal disaster in India have been recorded worldwide and are hitting global news headlines. The consequences are tragic with the loss of life and severe impacts on the social and economic fabric of the affected communities. IAHR expresses our support to all of the affected communities and reminds our colleagues that the observed increases in frequency and severity of events have been predicted by probabilistic analysis of recent trends in precipitation and river flows (1), although such changes are varying in different areas worldwide. In particular, there is evidence that we are moving away from the previous assumption claimed by several authors of Holocene climate stationarity, so increases come (unfortunately) as no surprise to design engineers (2).

As a result of significant changes in weather patterns and characteristics, some of the recent extreme precipitation in different parts of the world far exceeds the design capacities of local protection infrastructures and systems – resulting in massive flooding, casualties, and economic losses. In mid-July, the German regions of Rhineland-Palatinate and North Rhine-Westphalia saw 148 litres of precipitation per square metre falling within a period of 48 hours when usually they receive about 80 litres in the whole of July, the most striking being at the Köln Stammhein train station which received 154 mm of rain over 24 hours, 170 per cent higher than the previous record. Across the world on 20 July in Henan, China, another record-breaking torrential rain of 202 mm fell on the capital city of Zhengzhou in one hour, with a daily cumulative rainfall of 778 mm which is more than its annual precipitation of 603 mm. 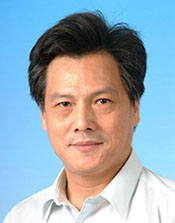 Cheng Xiaotao, of IWHR as well as IAHR and a leading flood risk expert in China, notes that “in an extreme flood disaster like that in Zhengzhou – which is not yet over – much needed efforts remain: hospital and medical relief to all disaster-afflicted families, restoration of urban transportation, communication systems and utilities; sanitation and disease control in water-logged areas; and most importantly, disaster resilience needs to be considered in restoration and reconstruction, whilst analysis is required to identify the weak links, new urgent needs, and provide evidence for amending and improving systems, laws, regulations, and operational mechanisms”. 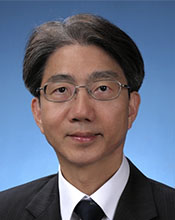 IAHR President Joseph Lee noted in a statement that “disaster preparation and mitigation on this scale relies on the effectiveness of warning and emergency response systems and cross-sectoral coordination, and requires the coordinated mobilisation of the whole society to participate in the immediate rescue as well as the medium to long term responses to restore social and economic systems.”. Prof. Lee, who also served as the Independent Reviewer commissioned by the Hong Kong government on the disastrous Tai Po flood in Hong Kong in July 2010, remarked that design consideration in some cases can help to mitigate even if not capable of avoiding the full catastrophic impacts of record events. Noting for example that the massive downpour in Tai Po of 115 mm per hour - when combined with saturated steep catchments due to prior rainy days – resulted in a debris flood of high velocity (10 m/s) boulder current that devastated the entire village of Sha Po Tsai within an hour. Outcomes may have been far worse had existing mitigation measures and river improvement works not taken place. 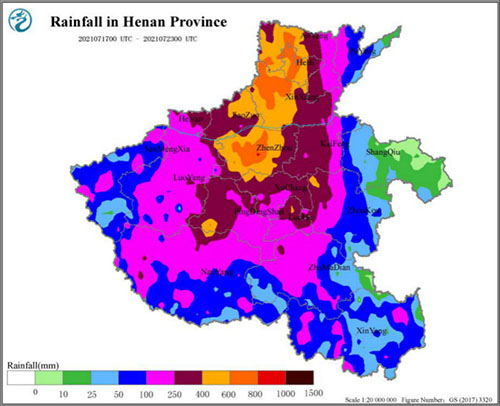 It is generally difficult to apportion the cause of any specific extreme event to climate change; severe flooding has happened many times in the past. For example, the 1975 Banqiao Dam failure floods, also in Henan province and originating from Typhoon Nina, wreaked devastation with 26000 fatalities, and displaced an estimated 10 million people. This was also caused by heavy rainfall, but local spatial and topographical characteristics meant that the impacts were different from the 2021 Henan flooding.

“The rainstorm in 1975 occurred in an area upstream from the reservoirs, resulting in the failure of two large dams, tens of medium/small dams and an extremely severe dam-break flood. This time the rainstorm fell directly onto a large city (Zhengzhou) with a population of more than 10 million, causing a severe urban flooding disaster”, noted Prof. Lee and expert colleagues. 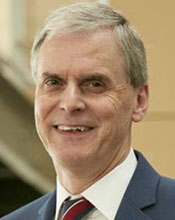 There is also a growing scientific movement around “climate attribution”. Peter Goodwin, President University of Maryland Center for Environmental Science and past IAHR President, noted that “these tragic and sudden floods are devastating in terms of loss of human life, economic hardship, and loss of cultural resources - but these are not the only weather extremes that we are currently witnessing. Ongoing droughts are resulting in significant loss of life and disproportionally impacting the poorer regions of the world (3). MODIS on the Terra satellite and other technologies allow us to track wildfires (4) in great detail and recent analyses show the severity of the wildfires currently raging across the western US and Canada probably would be virtually impossible without climate change (5).”

The record-breaking monsoonal rains in parts of India’s west coast in July are attributed by the Indian Meteorological Department to “an off-shore trough running between Gujarat and Kerala [that] is aiding strong and moisture-laden westerly winds to blow from the Arabian Sea onto the land”. This resulted in the Mahabaleshwar region receiving 2067 mm over a period of 10 days, with peaks reaching 594 mm over a period of 24 hours from 22 to 23 July. These unexpected rainfalls have triggered landslides and the overflowing of dams and rivers – resulting in well over 100 fatalities and many more people displaced. It is noted that the monsoonal areas of Southeast Asia experience extreme events every season; studies citing Indian data suggest that there is a rise in very heavy rainfall events (>150mm/day). 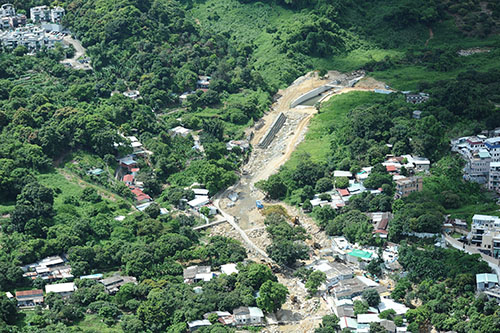 The trifecta of (a) intrinsic natural phenomena, (b) man-induced changes such as rapid urbanisation, and (c) the climate change predictions of more frequent and severe extreme events - leads to an urgent need for the design criteria of our management processes and hydraulic structures, both green and grey, to take into account and seek the latest scientific and practice knowledge on future scenarios to improve our protection. Some Megacities like Hong Kong have already incorporated allowances for climate change induced increases in rainfall intensity in the design of urban drainage systems. 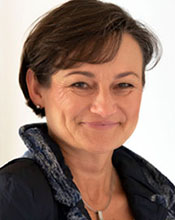 Moreover, Silke Wieprecht, IAHR Vice-President and Head of Department of Hydraulic Engineering and Water Resources Management, Institute for Modelling Hydraulic and Environmental Systems, University of Stuttgart, questions how we can even protect ourselves against the severity of events such as the recent floods in Germany, and raises the need to revise the national approach to land use planning and zoning. “It is now generally accepted scientifically that, due to global warming, increasing melting of the polar ice caps occurs. This leads to a change and slowdown of the jet stream, which makes our weather patterns more and more stable and less predictable. Even extreme weather events such as chains of strong, high-precipitation thunderstorm cells that usually last only a few minutes to hours can now last for several hours. These very small-scale and local events are difficult or impossible to predict well ahead of their occurrence. For example, runoff has occurred in Western Germany that has far exceeded previously predicted events with a probability of occurrence of 1/1,000 or 1/10,000 years. The question remains: Can we really protect ourselves against such events or do we have to recognize that extremely endangered areas may not be populated anymore in the future?”.

In 2009, for the first time in human history, the global urban population exceeded the rural population. This trend of increasing urbanisation adds different dimensions to the flooding problems to be addressed such as the decreased ability of land to absorb rainfall because of the development of impermeable surfaces. Prof. Li Qinglan of the Chinese Academy of Sciences in Shenzhen also points out that studies show that the urbanisation effect has caused an increase in precipitation at the annual scale.

Flooding has been an issue that civilisations have had to deal with for thousands of years. Modern design of flood protection structures, flood risk prediction, and mitigation measures work in many cases and must continually be strengthened, especially for vulnerable areas and communities. However, the observed rise of record-breaking events that exceed our designed defences may require new thinking on our collective approach.

Fig. 4: Firefighters pumping water out of the Kinkempois tunnel, closed to traffic due to July floods in Liège, Belgium. Credits Nenea Hartia - Own work, CC BY-SA 4.0. 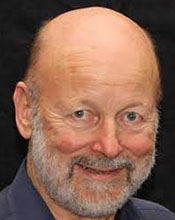 Alastair Barnett, Chair of IAHR’s technical committee on Flood Risk Management, notes that “great progress has been made in the last decade in forecasting extreme weather events or tsunami propagation, but this success has not always been reflected by an improvement in effective early warning to our communities to reduce the loss of life and property damage. New design protocols are required that account for uncertainties in future meteorological events and provide flexibility in the design and operation of infrastructure to minimize the consequences of these extreme events”. He further reflects that “swift action should be taken to improve proposed new projects” and expresses the importance that “our decision makers, civil defence and building consent authorities have access to the latest and best available research, information, and technologies for the prediction of probable fluvial and coastal flooding as well as for the design and operation of flood management infrastructure and processes”. 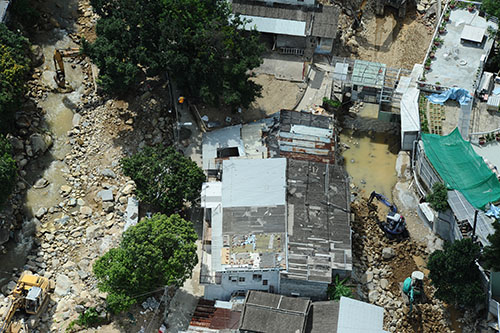 We are now in the era of Big Data with a range of new sensor technologies, more sophisticated predictive hydrological, water management, and ecological models. IAHR is well poised through its Technical Committees (TCs) to meet the challenge of helping societies adapt to these new 'normals' with better flood warning and planning tools and preparing the next generation of engineers and scientists to manage these future uncertainties in precipitation, floods, and changes in landscapes by wildfire or anthropogenic alterations.

IAHR is an international non-profit association that brings together the world’s engineers, experts, researchers, and organisations to accelerate solutions and knowledge discovery about the water environment. To address flooding issues around the world, the IAHR convenes events, publications and dedicated technical communities.

(1) Example for the United States: The new U.S. Climate Normals are here. What do they tell us about climate change?