On May 14, 2022, our friend and colleague Cristóbal Mateos Iguacel passed away after a long illness. The IAHR would like to convey to his family our deepest condolences for their loss.

Cristóbal, beyond his extraordinary academic and professional career, was an endearing and down-to-earth person, who was always accessible and who amassed encyclopedic knowledge, not only in engineering but also in the sciences in general and the humanities.

His solutions were always pragmatic and convincing and he never sought to impose them on others. Working with Cristóbal or being under his supervision was always a privilege and an honor and what he transmitted has left an unforgettable mark, both humanly and professionally.

Cristóbal was Doctor of Civil Engineering (1965) from the Polytechnic University of Madrid (UPM) and Graduate in Mathematical Sciences (1963) and in Statistics (1964) from the Complutense University of Madrid (UCM). He was Professor of Mathematics Applied to Civil Engineering from 1970 to 2009 at the Higher Technical School of Engineers of Roads, Channels, and Ports of the UPM, becoming Professor Emeritus of said center in 2010, after his retirement. He was also a professor at the Colegio Libre de Eméritos of Spain (a private non-profit cultural association).

Over the course of his career at the Center for Hydrographic Studies (CEH) of the Center for Studies and Experimentation of Public Works (CEDEX), where he began working in 1961, he took on multiple responsibilities, reaching the prestigious position of Director of the CEH Hydraulics Laboratory, where under his direction hundreds of physical model tests of hydraulic structures were carried out, as well as numerous numerical studies. 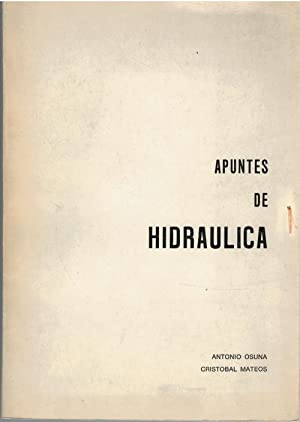 He was involved in the design and/or construction of some 300 projects in Spain and abroad, mainly in relation to dams, canals, river works, and other hydraulic infrastructures, as well as nuclear and thermal power plants, cooperating with research centers worldwide to produce patents.

He also received numerous national and international prizes and awards, including the following: the "Gómez Navarro" from the Juan March Foundation and the Ministry of Education, the research award from the Japanese Ministry of Construction, the Medal of Professional Merit from the College of Civil Engineers, Canals and Ports of Spain, the Commendation of the Order of Isabel La Católica, and was appointed Honorary Member of the International Association for Hydro-Environment Engineering and Research (IAHR). 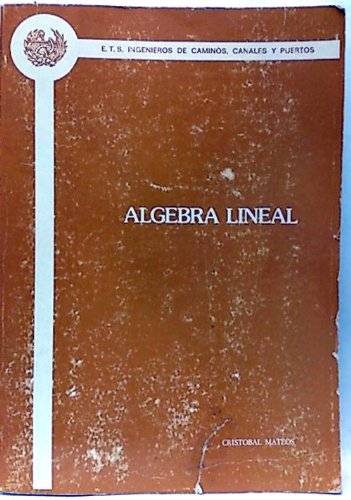 He was an active member of the IAHR for many years, participating in many of its congresses and symposiums. When the IAHR moved its World Secretariat to CEDEX in Madrid (Spain) from Delft Hydraulics in Delft (Holland) in 2001 and until 2005 he was its Secretary General, a position from which he adeptly facilitated the smooth and seamless transition between the two headquarters.

Likewise, he was the founding member of the Spanish Chapter of the IAHR in 2009 and its first President until 2015; he was later named Honorary President.

We cannot underscore enough Cristóbal’s wonderful charisma and exceptional career. All those of us who had the good fortune to know and work with him consider ourselves profoundly grateful and we deeply regret such a tremendous loss.

If you wish to leave a condolence message please contact Elsa Incio at elsa.incio@iahr.org

It was a very sad news to hear that Dr. Cristóbal Mateos Iguacel passed away on May 14, 2022. I always remember his humanistic kindness and strong sense of responsibility as the Secretary General of IAHR. The root of this impression stems from my personal accident during an EC meeting in Madrid in April, 2004. The meeting was the first one for me as a Vice President of IAHR.   The accident happened on the first day of the EC meeting at a dinner with EC members and Spanish colleagues. Midway through the dinner, I was struck by cerebral anemia. My breathing became labored, my head felt fuzzy, and my friends around me noticed the anomaly. So I asked them to take me to a place where I could get some fresh air. They then took me by both arms to a sofa by the window and let me rest. Because I experienced cerebral anemia several times, I explained EC members that I will recover after 30 minutes if I could take rest here with fresh air. But Cristobal made arrangement to call an ambulance car and went to a hospital with me. He stayed over midnight with me at the hospital until a complete medical check finished at about one o’clock. Atter I was released from the hospital Cristobal sent me back to the hotel like a father.

Prof. Emeritus, the University of Tokyo

Past President of IAHR

Cristóbal Mateos was a very special person, extremely intelligent, and with a unique view on life and he is sorely missed. He was an extremely kind person and for me, a Brit, he was the epitome of the Spanish “English Gentleman”. Cristobal took over as Secretary General of IAHR from Henk Jan Overbeek when we moved the IAHR Secretariat from Delft to Madrid in the summer of 2001. In the months before the move I got to know him very well as we worked together organising the move. Cristobal enjoyed good restaurants and I will always remember him taking us to dinner after our first detailed  discussions in Madrid. I had started from my home in The Hague rather early in the morning and had assumed we would dine early. Finally we reached the restaurant in old Madrid after long discussions at about 9 PM only to find the only diners at that hour to be the waiters! Cristobal, polite as ever, asked if he could show me “Madrid by night” for an hour before we returned to dine to find the restaurant buzzing. Finally I came to Madrid with my family and Cristobal insisted on coming to pick us at the airport and take us to our hotel.  After leaving the airport in the middle of a thunderstorm at a certain point to my surprise he stopped the car in the driving rain to ask if I could read the road sign as he had inadvertently forgotten to bring his glasses!   Cristobal Mateos was very curious about the world around him whether mathematics, hydraulics or nature or people, and in his dedication and service to the IAHR community will never  be forgotten.

It was with infinite sadness that I learned Cristobal's death, he was a longtime friend. I have always greatly appreciated his calm character and his serenity. As Secretary General, he brought a lot to the IAHR during the difficult period of the move to Madrid. He’s always been very supportive to IAHR. It is a very great loss for our community. My best thoughts go out to his family and friends.

I am saddened by the news of a dear colleague and friend Prof. Cristóbal Mateos   passing away.  I had known Cristobal as an IAHR colleague for numerous years while serving in the executive committee of IAHR.  His help in transferring the IAHR secretariat from the Netherlands to Spain was indeed very invaluable. On a personal note, he was an extremely friendly person and also a mentor to many of us.  I had several occasions of attending meetings and conferences with him in different countries promoting IAHR activities. He was a passionate reader and was in love in mathematics related literature and books. I remember vividly accompanying him one time to one of the old book shops, in a somewhat remote area of Italy, in search of such books.   As his biodata testifies, he made several important contributions to science and technology in Spain as well as internationally. To his family, who should be very proud of his achievements, I convey my sincere condolences. We will miss very much this always-smiling personality.

Past President and Honorary Member of IAHR

Cristóbal Mateos was a very appreciated person in the field of Spanish Hydraulic Engineering. He was a great professional with a broad and modern vision, opening our profession to the outside, and with a depth view of the technological advance that we could give, participating in the projects of hundreds of civil engineering works. He highly contributed to the field of fluid mechanics, and was involved in awarded several times, inside and outside Spain. He was also a great man, endearing and active, who always gave his wise vision to the Spanish Chapter of the IAHR, where he was a great Master. I really appreciated his always interesting comments, and interest in growing our Association.

I am very saddened to learn of the passing of IAHR Honorary Member Cristobal Mateos – the loss of an eminent hydraulic engineer and a key figure in linking the Spanish hydraulic world with the international community. I do not claim to know Cristobal well, but I recall many Council meetings with him in the early years of my engagement in the IAHR Council.  He did not say much, spoke English with an interesting Spanish accent; but in his characteristic gentle and firm manner, always contributed words of wisdom on many decisions. He commanded great respect in the Council and I will always remember him in this cherished way.

From Argentina in particular and from the Latin American Division in general, our deep respect for the Memory of Professor Cristóbal Mateos Iguacel, and also my personal condolences to his family and friends.

Cristobal was pivoting in getting the IAHR Secretariat set up in Madrid and always was devoted to our association. He had the ability to convince the ministry of the relevance of our association and spent considerable effort on assuring funding during his days as Secretary General. Moreover he was a great person with a lot of knowledge in his field of expertise as well as a person with a considerable sense of humor. It was a pleasure and a privilege to have worked with him.

It was a privilege to have known and worked with Cristobal. During the early period of my Presidency of IAHR, and previous years on Council, Cristobal was the Secretary General of IAHR. I shall always remember his exceptional support and encouragement during my period as a Council Member and part of the Executive Team. His contribution and support for IAHR was exceptional and he will always be remembered within the IAHR community. I wish to convey my sincerest condolences to Cristobal’s family. I shall always remember him with affection and for positive support.

I am saddened to hear of IAHR Honorary Member Cristóbal Mateos Iguacel's passing. Although I did not have the chance to meet Cristóbal before, I feel connected as he was the former Secretary General of IAHR and an expert in hydraulics. I am so sorry that IAHR community has lost an eminent hydraulic engineer. My deepest sympathy.