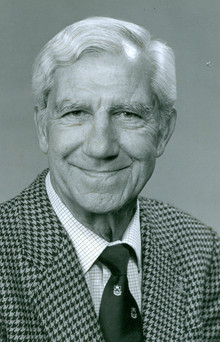 The M. Selim Yalin Award was established by the IAHR Council in 2006 to honour the memory of Professor M. Selim Yalin, Honorary Member (1925-2007), and Fluvial Hydraulics Section Chairman (1986-1991). Professor Yalin is remembered for his prolific and pioneering research contributions in fluvial hydraulics and sediment transport, and for his inspirational mentoring of students and young researchers.

The Award is made biennially by IAHR to one of its members whose experimental, theoretical or numerical research has resulted in significant and enduring contributions to the understanding of the physics of phenomena and/or processes in hydraulic science or engineering and who demonstrated outstanding skills in graduate teaching and supervision. The awards consisting of a certificate and cash prize are presented during the IAHR World Congresses. The Award fund, which was established by the family and friends of Professor Yalin, is authorised to receive contributions from association members and friends of Professor Yalin.

Rules for the administration of the award

1. The IAHR M. Selim Yalin Award (hereinafter referred to as the Award) will be made biennially, in odd-numbered years, to a member of IAHR whose experimental, theoretical or numerical research has resulted in significant and enduring contributions to the understanding of the physics of phenomena and/or processes in hydraulic science or engineering and who has demonstrated outstanding skills in graduate teaching and supervision.

2. Each awardee will be selected by the IAHR Council from a list of not more than three nominees submitted to the Council by a Committee (hereinafter referred to as the Award Committee) composed of the Technical Division Secretaries and Chaired by a Council Member. The Award Committee will actively seek nomination of awardees from the IAHR membership, and will publish at least annually in the IAHR. Newsletter an advertisement, calling for nominations. The advertisement will include a brief description of the support material which is to accompany nominations.

3. The awardee for each biennium will be selected by the Council either at its meeting during the preceding even-numbered year or by mail ballot in January of the year of the Congress.

4. The award need not be made during any biennium in which the Council considers none of the nominees to be of sufficient high quality.

5. Public presentation of the Award will be made by the President during a public ceremony taking place within the Congress.

6. The awardee will be given a suitable certificate which will state the purpose of the Award and indicate the specific contribution(s) of area(s) of endeavour for which the awardee is recognised. The awardee also will receive a monetary honorarium (2500$CAD), the terms of which will be published in the announcement of each biennial Award.

7. Wide distribution of awardees among different areas of specialisation is to be sought by the Award Committee and by the Council. Efforts will also be made to ensure a wide geographical distribution.

8. No individual shall receive the Award more than once.

Initial contact regarding nominations for the Award should be made with: