The end of the 1980s saw the advent of new professional innovations. Modelling software tools became, with the evolution of Information and Communication Technology (ICT), mass market tools and came to be used by nearly every engineering company. This development led to “hydroinformatics”, which opened up totally new possibilities. The combination of laboratory and numerical models together with field data provided good options for solving complex engineering tasks. And hydroinformatics for water and environment also provided new opportunities for interdisciplinary collaboration with geology for groundwater problems, with biochemistry for water quality problems, and for ecohydraulics. Ecohydraulics, at the interface of two historically different disciplines: ecology and hydraulics, also starts to emerge as a new discipline.

«The membership of IAHR has grown from about 1000 in 1960 to about 2000 members from all continents in 1985. The rapid developments of hydro-science and proliferation of research activities, which is reflected in the structure of the Technical Divisions and the growing number of sections, required strategic considerations by the IAHR Committee on Future Directions and Initiatives, which produced guidelines for the profile of IAHR in 1995 followed by an IAHR Strategic Plan 2005 -2009. The policy paper promoted several main thrusts: (1) Efforts to bridge the gap between research and application with inclusion of professional issues and engineering practice in its broadest sense into the IAHR spectrum of activities; (2) The broadening of the scope of IAHR activities towards water resources management, including ecological, economic and societal aspects; (3) Involvement in continuing education and professional development; (4) Initiation and support of regional and local activities.» Helmut Kobus. 85th anniversary special issue of Hydrolink 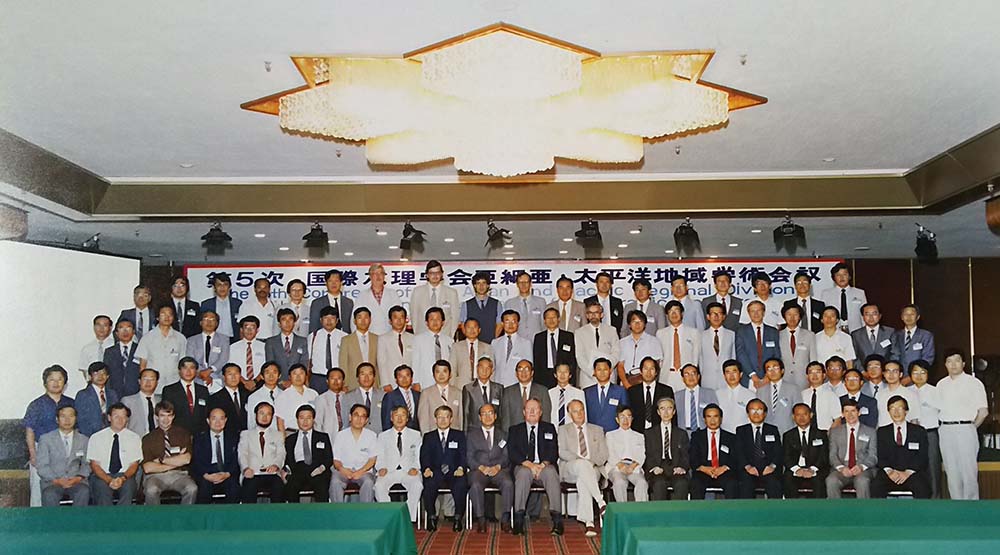 5th Congress of the Asia and Pacific Division of IAHR, Seoul, Korea (1986). 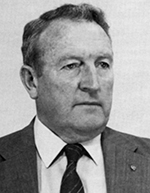 «At the 1987 Lausanne IAHR Congress, Lawson was elected president of IAHR. As of 1986, he was the Chairman of the IAHR Asia and Pacific Regional Division APD. Under his stimulating guidance the activities of the APD were successfully expanded. As President he was a true and enthusiastic ambassador of IAHR. In 1989 when IAHR reframed its objectives and was looking for new avenues to pursue, Jack’s views were of great help. He constructively proposed to incorporate systems management and wind erosion in the IAHR areas of activities.» Willy H. Hager 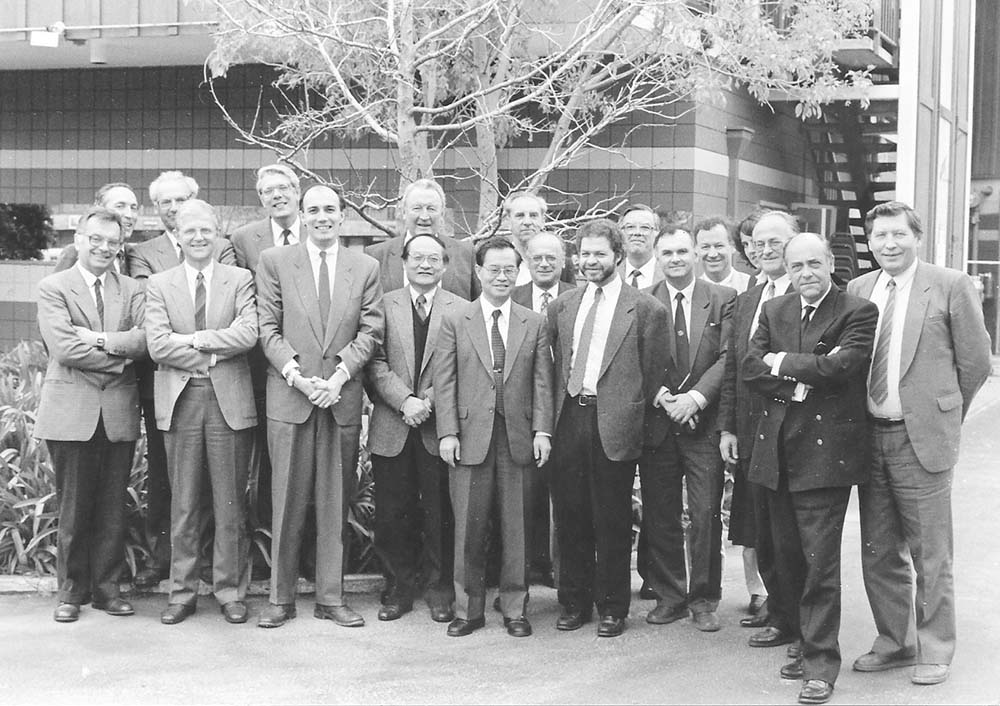 1990 | Torkild Carstens from Norway is elected president of IAHR. 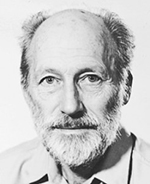 «A novel differentiated fee structure was introduced for IAHR members during his term permitting reduced subscriptions for members from poorer nations. In Tokyo, the World Water Council was established with the main goal of attracting worldwide attention to water issues, with Carstens as the IAHR representative.» Willi H. Hager 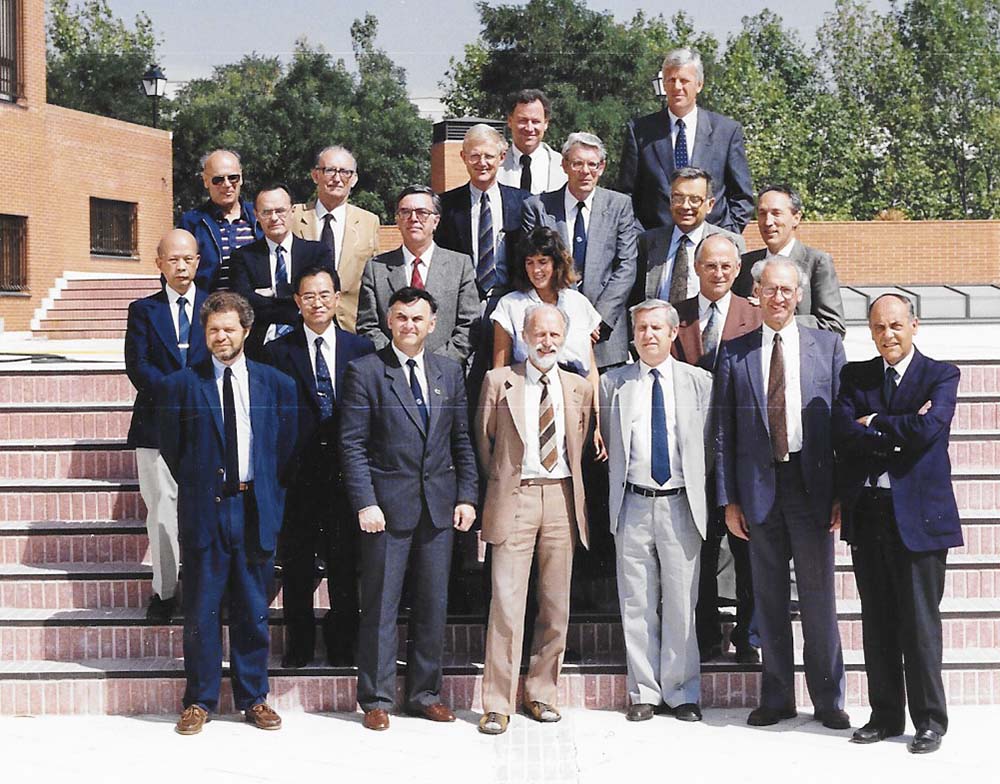 1992 | Creation of the John F. Kennedy Student Paper Competition to recognise young professional members with a proven commitment to the association and engagement on water issues. The African Regional Division is founded.

1993 | 25th IAHR World Congress held in Tokyo, Japan. Creation of the technical committee on Education and Training, later renamed the TC on Education and Professional Development. Launch of a series of conferences on habitat hydraulics in Trondheim, Norway, which later become a series of biennial International Symposiums on Ecohydraulics. First Research Agenda is published.

The Research Agenda summarises the state of research across the whole hydraulics spectrum, and where future research investigation is envisaged - from the perspective of the research community. The report consequently represents one side of “the bridge” and is to be seen as an important contribution which will provoke a wider dialogue involving the whole hydraulic engineering community.

«His particular impact on IAHR was the combination of education and research and as promoter of IAHR student chapters. Kobus also worked towards a greater emphasis on hydraulic engineering practice within the IAHR organization. This led to the establishment of new technical IAHR sections and to an amplification of the association's official name to ‘International Association of Hydraulic Engineering and Research’.» Willi H. Hager

1996 | Special themed issue of the Journal of Hydraulic Research on urban drainage.

«The inclusion of the word Engineering in our Association clearly indicates our conscious effort to link more closely the disciplines of research and engineering. […] We are used to meeting the demands and requirements of our corporate members such as the hydraulic laboratories and universities by developing and validating tools that are used for research and educational purposes. Now the demand is to extend this capability to meet the requirements of the practicing engineering community by providing integrated solutions to real-world problems.» Etienne Mansard. 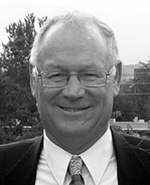 «He considered his term as an IAHR president as a period of transition and change, given that (1) the IAHR Secretariat moved from Delft to Madrid, (2) a professionalized secretariat with a full-time Executive Director was established, (3) active student chapters were launched, and (4) a new Council election procedure was implemented in IAHR. Holly’s dynamic nature was reflected in his presidential years with IAHR, leading the association into the 21st century with a more appealing look and better prepared to cope with the members’ needs.» Willi H. Hager

Opening of the 29th IAHR World Congress in Beijing, China.

2003 | 30th IAHR World Congress "Water Engineering and Research in a Learning Society: Modern Developments and Traditional Concepts" held in Thessaloniki, Greece. Etienne Mansard from Canada is elected president of IAHR. Launch of the International Journal of River Basin Management. The Regional Division of Europe is founded.

«Mansard’s contribution to IAHR initiated from 1981 with international working groups on comparative data analysis. He fostered such collaborations and made IAHR one of the focal points for research in maritime hydraulics. He saw IAHR in the new millennium as one of the primary organisations that can act as a forum for facilitating decisions on important global issues related to water resources and hydraulics. He supported IAHR as a leading organisation in hydraulics and took the challenge of reaching out more to applications-oriented clients and to the corporate members by identifying and addressing their requirements.» Willi H. Hager

«The first DC3 flew in the same year in which IAHR was founded. This was the first modern aeroplane - the plane which revolutionised modern transport enabling us to travel effortlessly to our thirty-one biennial congresses! Who could have imagined in 1935 that IAHR congresses would be global and attracting 1000 delegates from every corner of the world! What will our meetings be like 70 years from now? Virtual?» Foreword by Prof. Willi Hager and Dr Christopher George. Special issue of Hydrolink on the occasion of the 70h anniversary.

2006 | Establishment of the M. Selim Yalin Lifetime Achievement Award to recognise IAHR members whose experimental, theoretical, or numerical research has resulted in significant and enduring contributions to the understanding of the physics of phenomena and/or processes in hydraulic science or engineering and with demonstrated outstanding skills in graduate teaching and supervision. 1st International Conference on the Application of Physical Modelling to Port and Coastal Protection (CoastLab'06) in Porto, Portugal, and held biennially since (Bari, Barcelona, Ghent, etc.).

2007 | 32nd IAHR World Congress "Harmonizing the Demands of Art and Nature in Hydraulics" held in Venice, Italy. Nobuyuki Tamai from Japan is elected president of IAHR. Launch of the Journal of Hydro-environment Research. «The term of “Engineering” is included in the name of our Association. According to my understanding Engineering should contribute to benefit people and needs to enhance the welfare of the people. Such goals cannot be accomplished by a narrow vision which considers technology only. We need a holistic approach to problems which includes an understanding of tradition and the history of communities, for instance. We cannot just close our eyes to the important changes that are taking place in the world and bury ourselves only in technical problem-solving.» President’s Nobuyuki Tamai 2018 New Year message. 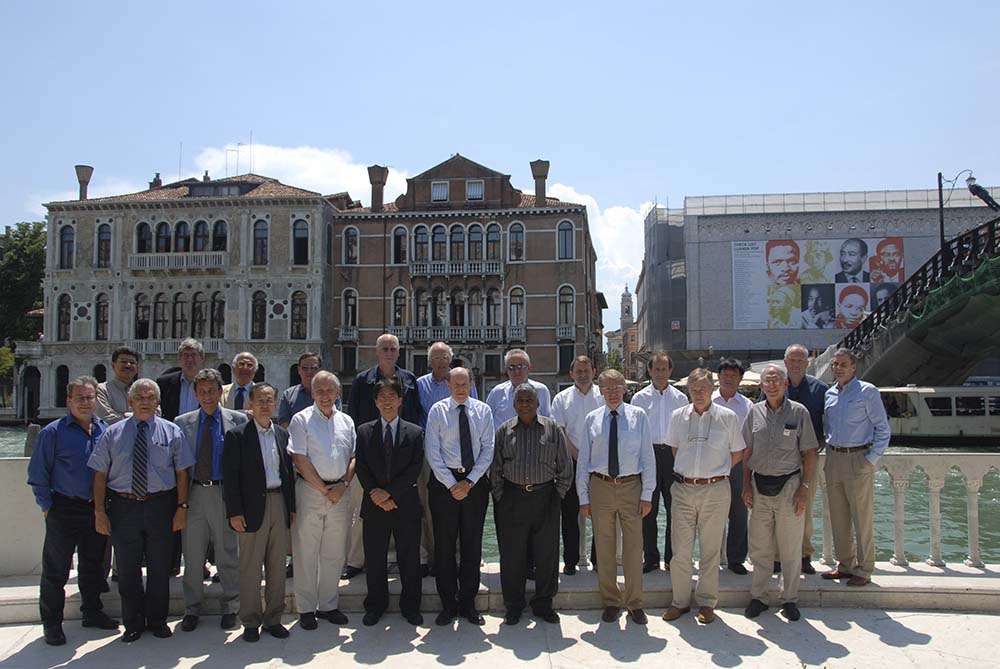 Opening of the 33rd IAHR World Congress in Vancouver, Canada.