A journey through IAHR history. Recent developments: 2011 - to date

At the international level, despite progress in developing the field of environmental engineering, billions of people still lack safe water, sanitation, and handwashing facilities where a doubling of progress is required to achieve universal access to basic sanitation by 2030, as established in the Agenda 2030 Sustainable Development Goal 6. Throughout the early-mid 2010s, about 1.9 billion people (27% of the global population) lived in potentially severely water-scarce areas. An estimated 80% of all industrial and municipal wastewater is released to the environment without any prior treatment, resulting in a growing deterioration of overall water quality with detrimental impacts on human health and ecosystems. Average global economic loss from floods and droughts is over USD 40 billion per year across all economic sectors… The challenges for hydro-environmental engineering are tremendous.

«During the last decade IAHR has consistently continued to develop along its strategic goals. Water resources management needs adequate solutions, and IAHR has the necessary state of the art prerequisites available. Hydro-systems models provide the tools for tackling problems of increasing complexity, and environmental systems models can provide the basis for interdisciplinary cooperation. Also, the shift from physical to numerical models caused a corresponding shift from laboratory measurements to large scale field measurements. Modern observation and information systems with remote sensors are available and can be used both for the purpose of model validation or for monitoring the state of the water and environment system for prediction and control.» Helmut Kobus. 85th anniversary special issue of Hydrolink

2011 | 34th IAHR World Congress "Balance and Uncertainty - Water in a Changing World" held in Brisbane, Australia. Roger Falconer from the UK is elected president of IAHR.

«When Roger Falconer was elected President at the Brisbane Conference in 2011 his election manifesto focused on making IAHR more relevant and appealing to practitioners and the wider hydro-environmental community. Key initiatives introduced to develop closer links with water practitioners and the wider hydraulics community included: broadening the Student Chapters and Young Professionals Networks to include post-doctoral researchers and graduate engineers and scientists working in local consulting companies and regulatory authorities etc.; launching two new IAHR journals; launching the new technical committee on Flood Risk Management; and developing closer relationships with other learned water societies, such as IWA, IAHS and IWRA. The other key development during Roger’s terms as IAHR President was the planning and launch of the joint IAHR Head Office in Beijing.» Hydrolink 85th anniversary special issue. 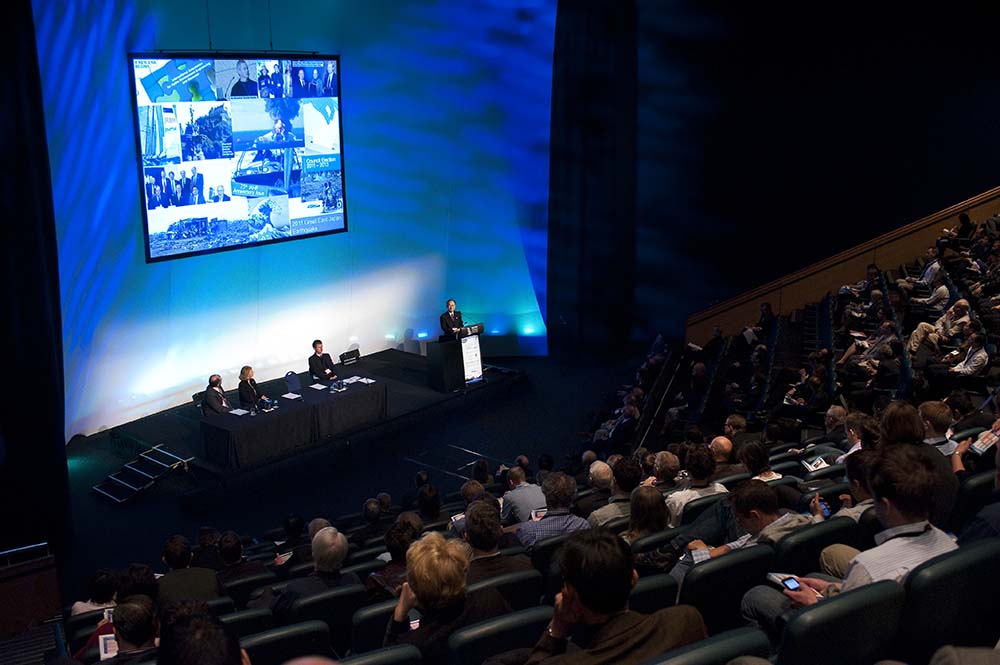 Opening of the 34th IAHR World Congress in Brisbane, Australia. 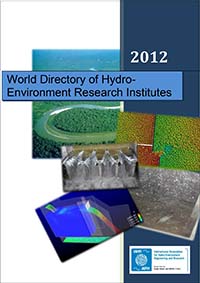 Compared to the first directory back in the 1970s, the 2012 edition of the World Directory of Hydro-Environment Research Centres, provided a much-wider range of information, describing the invited group of the world’s leading hydro-environment research institutes´ activities which includes research, projects, collaboration, human resources, revenue and management relating to their institutions together with their thoughts on future trends. This survey was conducted at the suggestion of the IAHR host organisation CEDEX and in close collaboration with senior management in CEDEX to get a better understanding of the updated status of water research institutes around the world.

2013 | 35th IAHR World Congress "The Wise Find Pleasure in Water” held in Chengdu, China. Broadening the IAHR student chapters to include post-doctoral researchers, graduate students, and scientists working in local consulting companies and regulatory authorities. Switching to a new format: Young Professionals Networks (YPNs). The first one being the Cardiff University YPN. Launch of the Journal of Applied Water Engineering and Research with the aim of publishing case studies, technical notes and papers with a practical application. 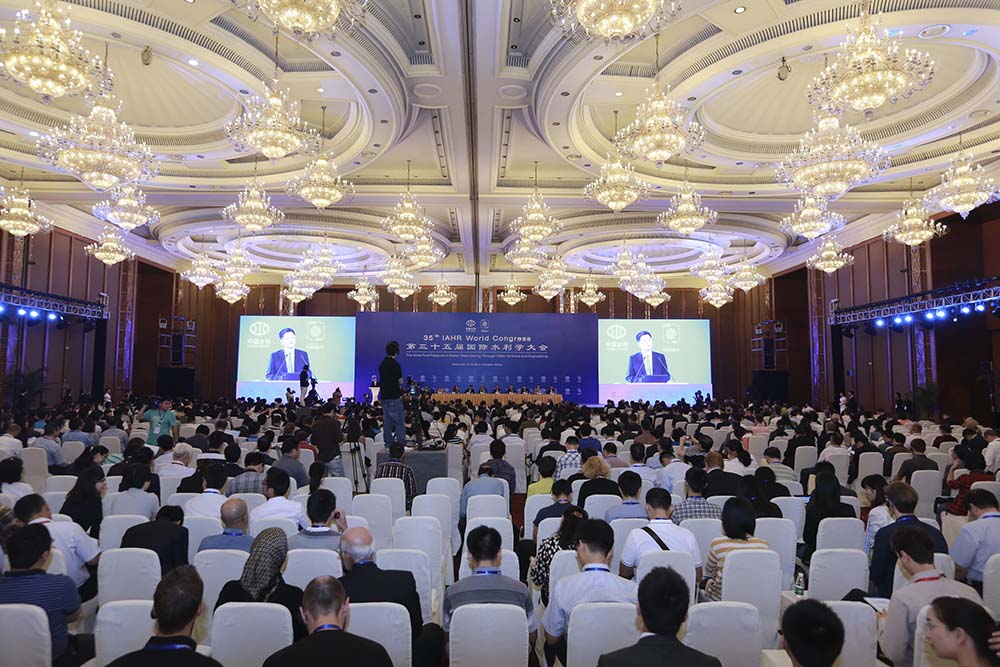 Opening of the 35th IAHR World Congress in Chengdu, China.

2015 | 80th anniversary. Peter Goodwin from the USA is elected president of IAHR. Launch of RIBAGUA (the IAHR Ibero America Water Journal) to help researchers, engineers, and stakeholders in the Iberoamerican region communicate their work in Spanish and Portuguese. 36th IAHR World Congress "Deltas of the Future (and what happens upstream)" in The Hague, The Netherlands. Opening of a second IAHR office in Beijing, China, following an offer by the China Institute of Water Resources and Hydropower Research (IWHR). The Industry Innovation Award is created to recognise a recent local innovation in design of lasting and international importance. 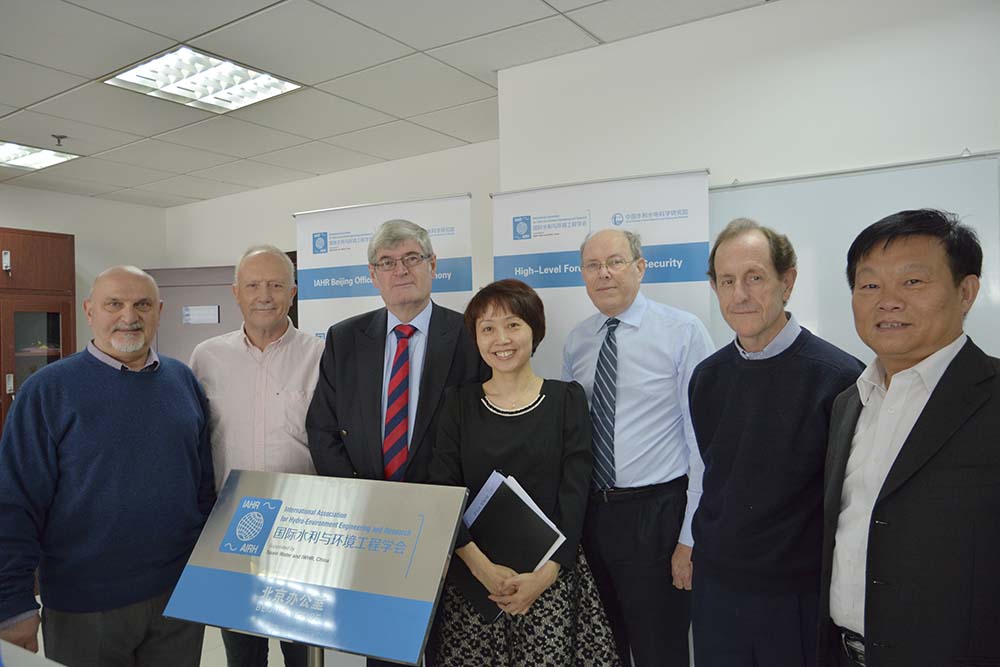 Opening of a second IAHR office in Beijing, China.

«In addition to supporting past priorities, one of the strategic concerns discussed by the incoming Council was based on research by Dr Chris George and others. What is the future of professional associations, and particularly IAHR in the era of 'Big Data', instant information and radically different modes of education and communication? This question initiated an extensive consultative process starting with town hall meetings with YPNs at IAHR events that generated important insights about how early career professionals can best benefit from IAHR. These YPN reports were enhanced by member surveys, further town hall meetings across the world, ideas from Technical Committees and Working Groups as well as several opportunities to contribute through the IAHR web portal. Unsurprisingly, the benefits included the opportunities to network with many of the top researchers from academia, research institutes, consultants, and industry on a particular topic and with the opportunity for early career researchers to meet and receive mentoring from leaders in the field. The ability of IAHR to accelerate knowledge discovery through technical publications, international collaboration and exchange of experiences in managing water were among other factors highlighted.» Hydrolink 85th anniversary special issue.

Opening of the 36th IAHR World Congress in The Hague, The Netherlands.

2016 | Launch of the Journal of Ecohydraulics to address the growing engagement of IAHR members in ecology, and with hydraulics being the vector of ecological parameters in river and coastal basin systems. The RIBAGUA Best Paper Award is established together with the World Council of Civil Engineers (WCCE) to recognise the best technical paper and the best scientific paper contributions to RIBAGUA with strong original research dealing with significant water-related problems in Ibero-America.

2017 | 37th IAHR World Congress “Learning from the Past for the Future” in Kuala Lumpur, Malaysia. Launch of the Latin American Journal of Young Researchers and Professionals to provide an opportunity for young researchers and professionals to make their research and work known.

2018 | The Gerhard Jirka Award for Young Researchers is established to award the best presentation given by a young professional during the IAHR World Congress. 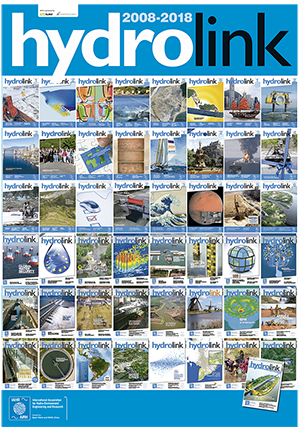 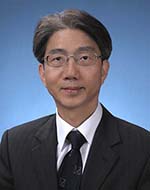 «To stay successful as an organization we have to align ourselves with the needs of the users of water engineering research, to understand their needs in response to grand challenges. We cannot afford to stand still and be complacent while the world changes. We have to race for relevance. We have to work more coherently as a team to capture global R&D and knowledge transfer opportunities to contribute more visibly to solving the grand challenges of our times. Water and environment rank high on the policy agenda of many governments in the coming decade. Population growth, urbanization and climate change give rise to many water, energy, and food security issues – and to many infrastructure needs in which creative water environment engineering will play ever increasingly important roles…» Joseph Hun-wei Lee, new IAHR President’s message in Hydrolink 3, 2019.